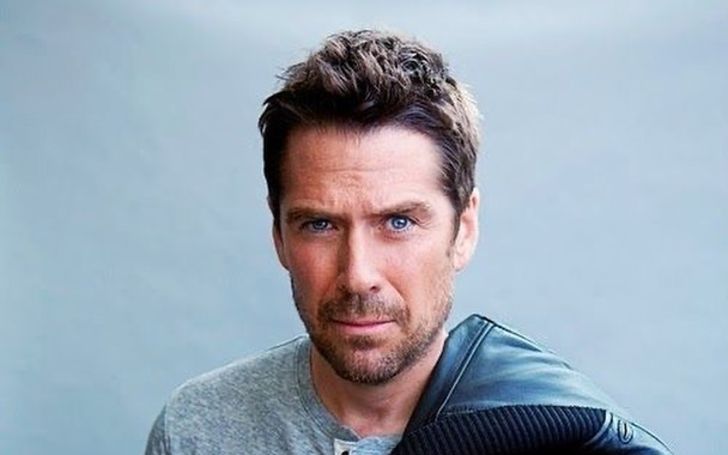 Alexis Denisof is an American actor famous for appearing as Wesley Wyndam-Pryce in the TV series, Buffy the Vampire Slayer.

Denisof is currently married to his wife, Alyson Hannigan, and has two daughters with her. As for his fortune, he is worth an estimated $2 million as of 2021.

Let’s get to know more about Alexis!

The whole time I am getting kind of frustrated, like, ‘Why does he always do this? He says the most romantic things and it would be the perfect way to propose and then he doesn’t propose.’

And then, suddenly, he did. “I was like, ‘Huh?’” she said. “Everything in my brain just screeched to a halt. I wish I had TiVo, so I could rewind the whole thing. … It was a complete surprise. But I knew he meant it because he had a ring.”

My hubby @AlexisDenisof surprised me with the most romantic day of my life yesterday! Which included another proposal & ring! I said YES!

As the pregnancy progressed, the ideas became unique. I loved Satyana but we didn’t name her for four days because we were debating over how to spell it. I finally said [to Alexis], ‘We have to name her because I am tired of calling her baby girl.’

Satyana was named four days after her birth.

[When I got pregnant the first time] we thought of traditional names like Madeline. Then I went on name websites and realized how popular it was which made it go down in ranking.

Net Worth of $2 Million

Note: The budget and box office details are collected from Wikipedia, Box Office Mojo, and The Numbers.

If we missed anything about Alexis, do tell us through the comments section below. Until then, keep following Celebs Record.